When I was expecting my first child a friend of mine introduced me to the thoughts of attachment parenting (AP) and then I got hooked and started to read everything about the subject. One thing that stroked me was that everybody seemed to have such a strong opinion about it. While some parents claimed that AP had ruined their life, others praised it as if it was a religion.  Basically, AP is about being responsive to the child’s needs, in a child-centered rather than parent-centered way, and that often includes co-sleeping, feeding on demand, a lot of body contact and responsiveness to babies crying. The favor of this is really not an opinion as it has a lot of support in science. Read more about it here. Still, you cannot put an equal sign between physical closeness and mental bond. I am surrounded by friends who are not into co-sleeping or carrying their babies around and many of them have formed great bonds to their children. The founders of the term “Attachment parenting”, Marta and William Sears, argue that a parent must not co-sleep and breast-feed to practice AP. The emphasis should be put on the parents’ responsiveness to the cues of the infant. Read more about it here. So even if there’s a lot of evidence that co-sleeping and body contact is good for babies, it’s not the only thing that makes a child-parent bond strong. Every parent is unique and our situations vary eternally and so does our possibilities to carry out the instruments of AP. There could be a million reasons to not co-sleep or carry around your children everywhere. Back pain, severe sleep deprivation, and traumatic childhood experiences to mention a few. So let´s stop pointing finger at each other! We are all trying our best to be great parents for our kids. I have worked a lot in the radio field, mainly behind the scenes as producer and project manager. I am passionate about everything I do so since my children were born I have been obsessed with everything about kids. I have read books, listened to pods, googled and talked with other parents for hours and hours and all of this has been such a big help for me in my own parenting that I would like to share all the good stuff that I have learned. If some of it could make life easier for you it would be fantastic! I do also love furnishing and have a really weak spot for children’s room, I could spend all my money on it if I don't watch myself carefully. So naturally I will share some furnishing tips with you as well. Why you should let your kids run off 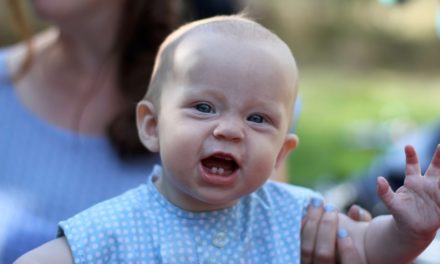